Visions of a Free Society

Volunteers for the Long Haul

by Grant A. Mincy 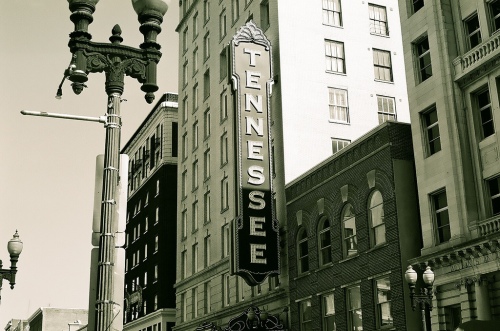 Good old Knoxville, Tennessee — this scruffy little town that I love — will host the Bureau of Land Management (BLM), a dismal bureaucracy, on May 26, 2016. BLM is heading to the iconic Tennessee Theatre in the heart of downtown to take comments pertaining to how “public” lands are utilized for coal mining. Specifically, strip mining will be under the microscope. Moreover, taxpayer-funded, corporate welfare-ridden, landscape-plundering strip mining will be examined.

Though King Coal is in decline it is still a major industry. An estimated 40% of coal extracted in the United States comes from land managed by the BLM. We taxpayers fund the BLM and thus the mining on these landscapes. We then have to watch as the black rock is sold at bargain prices to industry giants. It’s American capitalism. Risk and cost are socialized while profit is privatized. It’s nation against country. State against our lands.

So, if you’re in the area and wish to discuss industrial disasters (such as the TVA ash spill), growing risk and concerns regarding coal and air pollution (one in eight global deaths according to the World Health Organization), the impact of coal on climate in the age of change, the sixth mass extinction and how we cannot afford to lose anymore habitat, or even the rise of Tennessee’s green energy economy then please save the date. At the very least you can enjoy the theatre.

There is another great opportunity here though. It’s a chance to speak to bureaucrats. See what makes them tick. It is an historic opportunity, really. Tell government officials they are not doing a very good job. Join the ranks of organizers, citizens groups and concerned community members and tell the administrators “no more.”

It’s a chance to be part of the “wild” revolution.

In hearings like these individuals can directly challenge the legitimacy of state power. This challenge is a trend that is growing in circles concerned with wilderness and for good reason. The forests, the coasts, the rivers, lakes, across the prairies, down in the canyons and up in the mountains there exists a grandeur that’s irresistible to those who experience it. Wilderness displays true liberty, absolute freedom! From the tiniest of microbes to the towering forest canopy, or the lone plant in competition with its surroundings for water and sun, life is intricately connected in the wild. Life is ruled by no authority but flourishes in an eerie, jubilant, dangerous, heart-breaking  and beautiful complexity.

Systems of power and domination have no choice but to fear the wild.

Institutions such as BLM possess a centralized landscape vision that is coercively imposed upon the wilderness and the public who wishes to travel her wild splendor. This centralized vision is delusional. Institutions cannot master nature. Wilderness is not something that can be dictated to and controlled by the state. When these landscapes are mined, fracked, dammed and otherwise trespassed upon there are long-term ecological consequences.

So, let’s tell the deskbound number crunchers, the administrators who think “wilderness” is political terminology, that it is time for numerous visions and resource management plans. Demand public lands be democratized and placed under common control of citizen groups and user associations. It’s time for adaptive commons governance. We no longer welcome dictation from Washington DC.

We can stand with one another, shoulder to shoulder, and grow a movement to reclaim our commons. Here, in the Volunteer State, we can lend support to our friends in the north, south and west. The transition is coming. State and industry power are being challenged. The movement is awake and in it for the long haul.